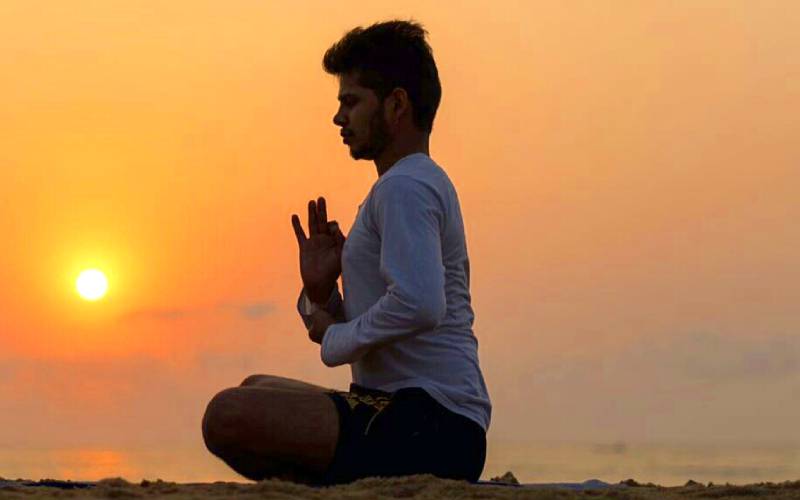 Kundalini word is derived from Sanskrit that signifies the arising of energy or consciousness which is situated at the base of spine and is coiled like a serpent there.

Today as scientists have been discovered all new technologies, Yogis from ancient India researched for spiritual knowledge and showed Kundalini as a medium of Moksha or liberation.

One of ancient text Purush Sukta describes that:-

“Te hai nakam mahimanah sadhya santi devah.” It means that there are uncountable natural powers in a human body, if they are awake we will forget this materialistic world and the enjoyment of senses.

Kundalini is an eternal power, this energy triggers formation of a child in the womb and then coils 3 ½ times at the base of spine to hold the energy field in statis field until we die. Kundalini is supreme consciousness, knowledge as well a universal truth.

“Na tasya rogo na jara na mratyu praptasya Yogaganimayam sariram.”  Kundalini is referred as ‘Nachiket’ Agni or fire. Whoever attains the state of ‘Tri-Nachiket’ they are able to be free from birth cycle. Their bodies are full of Yogagni and they are out of having old age, any disorders and death.

There are three stages of Kundalini:- Kumari(Teenage), Kumaravastha(Adulthood) and Jagrat(Awaken stage). When it is Jagrat it makes a mild noise. First Brahma experienced this stage of awakening it.

There is a descriptive explanation about awakening Kundalini in Hatha Yoga. It explains several Yogasanas, Pranayama, Bandhas, Mudras and Shatkarma to awakening it. Tantra Yoga offers a great acknowledgement of this spiritual movement. Buddhism, Taoism and Native American and indigenous societies also provide an excellent version of it.

How to awaken Kundalini?

Kundalini is always a myth for unawake people, the persons who are spiritually awaken get a sense to know about this divine power which is asleep on the tailbone. Dhyan Yoga is the best medium to awaken Third eye channel. When a practitioner continuously gazes on this channel, the heat appears and this heat helps to activate Shusumna Nadi which proceeds to awaken Kundalini.

There are two main Asanas, Siddhasana and Vajrasana which are persuasive to make Mool bandha. Apana vayu activates this Manipur chakra with force. Apana vayu moves fastly in the body and purifies pitta and kapha doshas.

Kundalini Yoga is started with the practice of Siddhasana. A practitioner should sit in this Asana as his left foot’s heel is pressing to the sacrum and right leg is folded over the left one. The body should be straight and hands are placed on knees. When spine is straight it extends the vains and Mooladhara Chakra is pressed. After one month’s continuous practice of Siddhasana is for attaining Siddhi and for awakening Kundalini.

The actual arousing of the tremendous force of Kundalini may only be safely attempted under the expert guidance of a Master of occult science- otherwise, it may act downwards and intensify both the desire-nature and the activity of the sexual organs. When it is awaken it brings:-

Have a look on Yoga retaed articles on: